VIRGINIA DAIRY FARMER SELECTED AS 2019 AGRICULTURE ADVOCATE OF THE YEAR 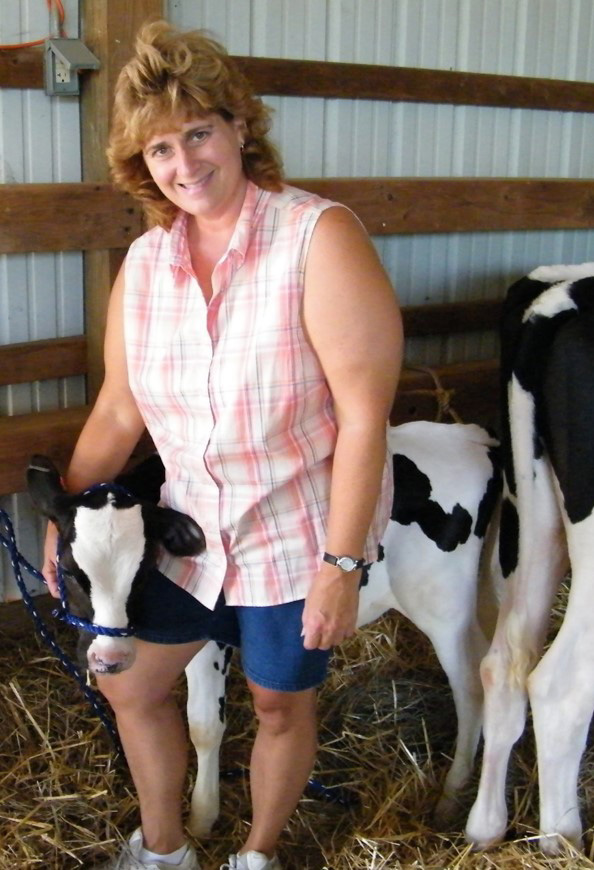 The National Agriculture in the Classroom Organization (NAITCO) and National Grange have selected Virginia beef and dairy farmer and educator Debbie Brubaker as the winner of its Agriculture Advocate Award for 2019.

Brubaker won the award for expanding her 'Dairy Day' event into one that covers 20 different commodities to educate students about local agriculture, participating in STEM school events to demonstrate to students the important role agriculture plays in science and the natural world, reading as part of Virginia Foundation for Agriculture in the Classroom's Agriculture Literacy Project and hosting hundreds of students at 'Dairy Days' at the Franklin County Fair each year. Brubaker estimates she has reached about 60,000 students with the message of the importance of agriculture over the years. But it's Brubaker's graphic design skills that make her special.

"The impact in a small, rural community would be impressive in its own right, but it's Debbie's creativity in reaching children that makes her remarkable," said Tammy Maxey, senior manager of Virginia Foundation for Agriculture in the Classroom. "Her off-the-farm work as a graphic designer...has paid dividends in her volunteer projects. She has created nearly life-sized replicas showing students a cow's digestive system and a milking cow. These models have evolved over time thanks to her creativity, skill, and eye for design."

"Dairy farming has been in the news so much this year, with the financial crisis, the definition of milk, and move to allow whole milk in schools, that Debbie's educational work on dairy is extremely important and timely," said Betsy Huber, Grange Foundation President. "The Grange Foundation is proud to present this award each year, and winners keep amazing us with their passion, creativity and impact on both children and educators they serve."

Brubaker's work as an agricultural spokesperson began in 2001 with her involvement in her children's school. She and another "dairy mom" began a "Dairy Day" in 2006. They personally financed the event, which began with three stations that educated students about dairies and farming. The program has since expanded to 20 stations covering gardening, composting, milking, food safety, healthy and balanced food choices, ATV and farm safety, farm chores, pollinators, and agricultural predators. In 2008, Brubaker and her partner joined the Franklin County Farm Bureau Women's Committee which has provided financial stability. They estimate the event impacts at least 275 students annually and more than 3,000 students in Franklin County over the years.

Brubaker will be presented with the award at breakfast Friday June 21 at the National Agriculture in the Classroom National Conference 'AgVenture in the Natural State' in the Wally Allen Ballroom at the Statehouse Convention Center in Little Rock, AR.

The National Grange is a family, community organization with its roots in agriculture. Founded in 1867, the Grange was formed as a national organization with a local focus. Its members are given the opportunity to learn and grow to their full potential as citizens and leaders.

NAITCO is a non-profit organization representing state Agriculture in the Classroom programs in most of the 50 states and six territories. It provides web-based K-12 lesson plans and companion resources, a national conference, national awards programs and professional development opportunities for state Agriculture in the Classroom programs. Its mission is to increase agricultural literacy through K-12 education.

FOR MORE INFORMATION, CONTACT ANDY GUFFEY at 501-339-6140 or director@naitco.org