GEORGIA VOLUNTEER EDUCATOR SELECTED AS 2017 AGRICULTURE ADVOCATE OF THE YEAR 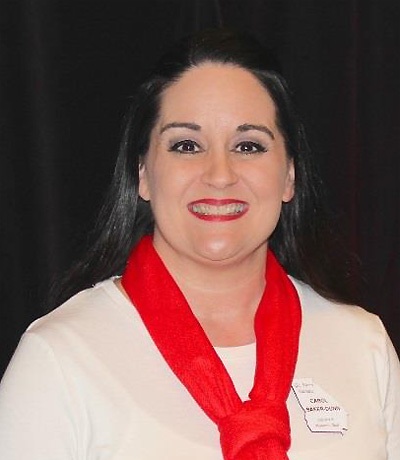 The National Agriculture in the Classroom Organization (NAITCO) and National Grange selected Georgia volunteer educator Carol Baker-Dunn as the winner of its Agriculture Advocate Award for 2017.

Baker-Dunn won the award for her efforts to help establish the Georgia Farm Bureau Foundation for Agriculture which oversees agricultural literacy outreach in K-12 schools throughout the State of Georgia. In addition, she re-energized an agricultural literacy outreach program in schools in her community with an elementary school reading program, a school garden implementation effort, a book barn lending library and a classroom grants funding opportunity.

"She lit a fire under the Houston County Farm Bureau leadership and put agricultural literacy in her community into high gear," according to Donna Rocker, the Georgia Agriculture in the Classroom state contact.

When she isn't working as a portions manager for Perdue Farms' harvest division, she's serving as a volunteer board member of the Georgia Farm Bureau and Houston County Farm Bureau Women's Leadership Committees and Georgia Farm Bureau Foundation for Agriculture. According to Rocker's nomination letter, Baker-Dunn never says 'no,' nor does she take 'no' for an answer.

When she heard about the need for a Georgia Agriculture in the Classroom Educator Workshop/Farm Experience in 2015, she set up meetings with school district administrators and Georgia Agriculture in the Classroom. She worked with her employer Perdue Farms to include a tour of the poultry processing plant. The workshop attracted teachers from around the state, and was a tremendous success. It led to another filled-to-capacity workshop in 2016. 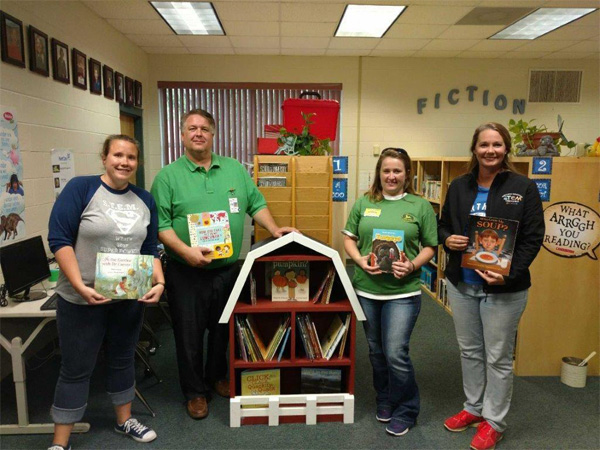 As she worked with her employer and other agribusinesses in the community, she identified funding sources that led to the establishment of the Georgia Farm Bureau Foundation for Agriculture. Her leadership and connections between Georgia schools and agribusinesses led to a STEM project in which a local elementary class designed systems in the classroom to help with plant efficiencies at Perdue Farms.

Baker-Dunn will be presented with the award at an awards banquet Wednesday, June 21, 2017 at the National Agriculture in the Classroom National Conference 'Show Me Agriculture' at the Sheraton Kansas City Hotel at Crown Center in Kansas City, MO.

NAITCO is a non-profit organization representing state Agriculture in the Classroom programs in most of the 50 states and six territories. It provides web-based K-12 lesson plans and companion resources, a national conference, national awards programs and professional development opportunities for state Agriculture in the Classroom programs. It's mission is to increase agricultural literacy through K-12 education.

FOR MORE INFORMATION, CONTACT ANDY GUFFEY at 501-339-6140 or director@naitco.org