Making a Brand for Ourselves the "Cowboy" Way 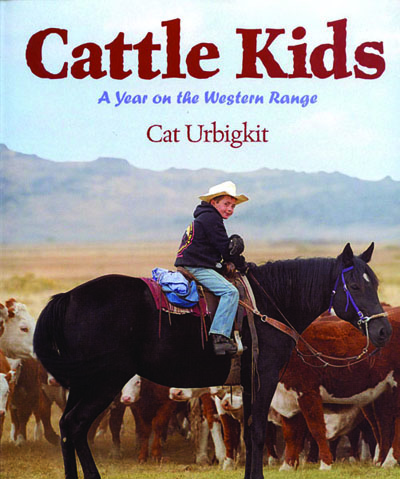 livestock: farm animals (such as cows, horses, and pigs) that are kept, raised, and used by people

ranch: a place for the raising of livestock (such as cattle, horses, or sheep) on range

Rangelands play an important role in agricultural production, especially in the western United States. Today, the term "rangeland" refers to a large, mostly unimproved section of land that is primarily used for grazing livestock. Rangelands are usually mountainous, rocky, or dry areas that aren’t suitable for growing the usual farm crops. However, grass and other plants on this rangeland can be used for grazing livestock. People can’t eat grass and shrubs, but grazing cattle and sheep produce beef and lamb as well as leather, wool, and other by-products.

There are about 770 million acres of rangelands in the United States. More than half of this land is privately owned, 43 percent is managed by the federal government, and the remainder is managed by state and local governments. In addition to supporting livestock, rangelands also provide important habitat for a wide variety of wildlife. In Utah, rangelands cover about 80 percent of the state, including desert canyons, expansive shrublands, and spectacular mountains. With so much rangeland, it is no wonder that ranches and the cowboys and cowgirls that work on them have made a mark on Utah culture.

Privately owned rangelands that are used to raise livestock are often called ranches, and the people that work on a ranch with livestock are commonly called cowboys or cowgirls. The word “cowboy” probably came to the English language as a direct translation of the Spanish word “vaqeuro” (from the word “vaca,” meaning “cow”), which refers to a person who works with cattle while riding a horse. The word “cowboy” first appeared in the English language in about 1715, but the widely recognized image of the cowboy originated on the cattle trails of the 19th century.

In 19th-century Texas, there was an abundance of cattle, but the markets for selling cattle were far off in the north. Following the Civil War, ranchers began to drive their cattle to the nearest railroad to be shipped to market. Cowboys drove huge numbers of cattle north across Texas. In just the year of 1871, approximately 700,000 cattle were moved from Texas to railroad shipping yards in Kansas. The cattle trails that arose during the late 19th century established the image of the American cowboy in our national consciousness and are an important part of American history.

The work of cowboys and cowgirls is difficult and physically demanding. Because of this, cowboys historically started learning the trade at an early age, usually around 12 or 13 years old. In the United States, a few women also took on the tasks of ranching and learned the necessary skills. Although there are few early records of women working cattle, it is certain that throughout the history of the western United States women did considerable ranch work and, in some cases, ran the ranches. Wives and daughters of men who owned small ranches and could not afford to hire outside help would have worked with the men, riding horses and performing the many other tasks required of running a ranch.

On a ranch today, the cowboy or cowgirl is usually an adult, but because most ranches are owned by families, both boys and girls that grow up on the ranch often learn how to ride horses and perform other basic ranch skills as soon as they are physically able. A cowboy/girl has many responsibilities, such as gathering calves in the spring for branding. Calves are branded with a hot iron shaped into the ranch’s symbol, which marks the animal for life. This way if the animal is ever lost or stolen, its owner can still be easily identified. Other responsibilities that fall to the cowboy/girl include vaccinating cattle to protect them from disease, moving livestock to different pastures, repairing fences, maintaining ranch equipment, and feeding livestock in the winter when grazing isn’t an option.

To accomplish these tasks, most cowboys/girls wear clothing commonly called western wear, or cowboy/girl gear, which is worn out of a practical need and is designed to stand up to rough working conditions. 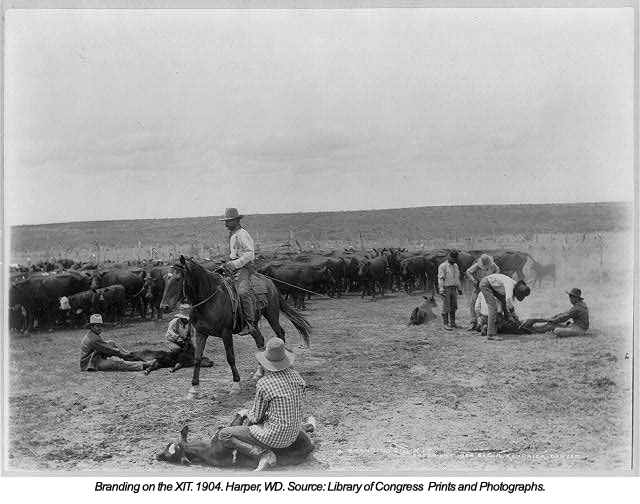 Activity 4 was adapted with permission from Nevada Agriculture in the Classroom.

History Standard 8B (Grades 3-4): Changes in transportation and their effects.

History Era 4 Standard 2E (Grade 5): The settlement of the West.