Students will use the scientific method to learn about the growth properties of algae and how algae production may be a possible solution to address the global energy crisis. Students will utilize the engineering design process to apply their knowledge about algae growth to create a bioreactor for algae production and discover if biofuel can be made from algae.

See time breakdown for each activity in the Materials list, all activities total 10-15 hours

Activity 3: Experiments with Algae (50 minutes plus a week or more for algae growth)

algaculture: large-scale algae cultivation (ALGAculture is part of, but not to be confused with âAGRIcultureâ)

autotrophic: an organism that manufactures its own food from inorganic substances such as carbon dioxide and ammonia

carbon dioxide: a gas consisting of one carbon atom bonded to two oxygen atoms; the byproduct of cellular respiration in animal cells and combustion of organic materials; essential to the process of photosynthesis in plant cells

filamentous algae: a type of algae which consists of single algae cells which join together in long, hair-like colonies, often found floating at the surface of stagnant bodies of water as âpond scumâ

heterotrophic: an organism that cannot manufacture its own food and instead obtains its food and energy by taking in organic substances, usually plant or animal matter for food

lipids: fats, oils, and waxes which are produced by living things

microalgae: unicellular algae which is suspended in water and only visible as a greenish tint in the water or under a microscope

photobioreactor: a bioreactor that utilizes a light source to cultivate phototrophic microorganisms

photosynthesis: the process by which green plants and some other organisms use sunlight to synthesize foods from carbon dioxide and water

Factors in Algae Growth
All types of algae consist of plant cells. The chemical reactions (notably photosynthesis) that drive algae growth are the same as those which drive plant growth. The primary factors in algae growth are: water, carbon dioxide, sunlight, and nutrients. Algae, like other plants, use water, light energy, and carbon dioxide to produce glucose (sugar), oxygen, and water. Nitrogen and other trace nutrients, including potassium and phosphorus, are used to create other compounds essential for cellular structure and processes, including various protein and lipid molecules. This is called autotrophic growth. Some algae species can also be grown without light, but must be supplemented with glucose. This is called heterotrophic growth.

Monoculture algae cultivation is practiced with the goal of maintaining a pure culture of a single algae species, especially a species which is naturally non-dominant. Monoculture is often used for research purposes or when producing a single species of algae is important. Some commercial uses for monoculture algae include food and nutritional supplements for human consumption, medicine, bioplastics, food coloring, biofuel, and scientific research.

Several different methods are utilized to produce a pure algae culture. In serial dilution, cultivators dilute an algae sample with water, then separate it into many small containers. Statistically, at least one of the small containers will contain only the desired species of algae. A second method is to utilize environmental factors such as water salinity to exclude undesired species.

Once a pure algae culture is contained, cultivators take great care to maintain the purity of the crop. The most common method is to utilize a photobioreactor (or PBR) as a closed system in which the algae is grown. Nutrients, lighting, sterile water, and CO2 are introduced into the system in a controlled manner designed to maximize the yield. Generally, a PBR incorporates a translucent or transparent closed growth chamber. PBRs may operate using the batch method wherein the entire system is cleared at each harvest or a continuous cycle in which harvesting and growth occur indefinitely.

Raceway ponds, along with similar methods of mixed-culture production, are typically open to the surrounding environment and thus may serve to support the growth of a variety of algae in the same crop. Raceways and similar open pond environments are also susceptible to other kinds of contamination, such as bacterial or foreign-body contamination (e.g., dust). Open systems, such as raceways, also offer little control over temperature and lighting, like other outdoor agricultural methods.

Open pond systems offer the advantage of being much cheaper to construct and provide much larger production capacities compared to other systems. Thus, while open pond systems are susceptible to various forms of contamination and lack of environmental controls, they can be successful when these items are not high priorities or when other methods exist to account for these parameters, such as inoculation or a method of harvesting only a single type of algae when many species may be present.

Several methods have been successfully utilized to mitigate the limitations of open-pond systems, such as constructing raceways from translucent materials, and incorporating agitators to ensure that all algae cells receive adequate sunlight exposure within the top few inches of water.

Algae Harvesting
Several methods for harvesting algae exist, depending upon the application. The simplest of these is the use of microscreens to filter the algae out of the growth medium (mostly water). A centrifuge can also be used to separate the algae from the growth medium, producing an algae “pellet.” Two other methods, flocculation and froth flotation are more complex. Flocculation involves utilizing coagulant chemicals, such as alum and ferric chloride, to cause the algae to clump up into larger and larger clusters. The main disadvantage of this method is that it becomes difficult to separate the chemicals from the algae once it has been removed from the growth medium. In froth flotation, air is bubbled through a column creating a froth of algae at the surface, which is removed. Sometimes flocculation and froth flotation are used together to improve results. Froth flotation is currently considered too expensive for commercial use.

Commercial Uses
Perhaps surprisingly, there is evidence that humans have used algae for millennia. However, commercial algaculture has only been prominent for the past 50 years or so. This is due to a rapid increase in the number of potential uses for algae. In addition to human food and nutritional supplements, algae products and uses include: animal feed (especially for farmed seafood products), sustainable plastics, fertilizers, skin-care products, pharmaceuticals, inks, dyes and pigments, thickening agents, wastewater pollution control, and biofuel.

Algae as Fuel
Because algae produce fatty acids as a metabolic product, some species of algae, which produce more lipids, have potential for sustainable fuel production as an alternative to fossil fuels and other biofuels, such as corn-based ethanol. The lipids found in algae can be extracted and processed into biodiesel fuel using similar processes as would be used for any other vegetable-based oil. The US Department of Energy estimates that the total land area required for algae production to replace the entire fossil-fuel industry in the U.S. would be approximately 15,000 square miles, which is far smaller than that required for other biofuel sources (Hartman, 2008).

Despite its promise as a sustainable fuel source, economic conditions have hampered development of algae-based biofuels as a serious alternative to fossil fuels or other biofuels. Algae production currently has relatively low cost-efficiency compared to fossil fuels and corn- or soy-based biofuel. The estimated cost to produce one gallon of oil from algae is approximately $7.19.6 Although improved cultivation, harvesting, and processing technology is expected to drastically reduce this cost, the high up-front costs of research and facilities is a major obstacle to the economic viability of biofuels derived from algae.

Relatively low prices for fossil fuel reduce the economic incentive to pursue development of algae-based biofuels. Many companies have begun algae fuel projects but suspended activity in the current economic environment. While the production of fuel from algae may not meet our current energy needs, the science and engineering processes involved in growing/farming algae and extracting/harvesting cellular products will continue to be investigated. The demand for algae-based fuel could change in the event that accessible oil reserves diminish or if political circumstances jeopardize access to foreign oil reserves. 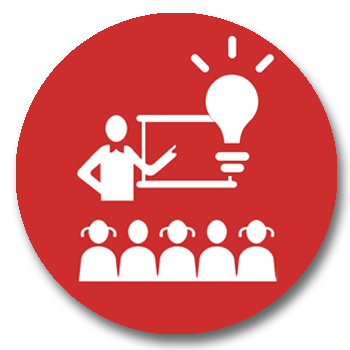 Throughout the lesson, it's important for students to understand that simply creating a renewable fuel resource from algae does not automatically make it better than a non-renewable fuel resource. Encourage higher level thinking throughout the design process so students recognize that if the biofuel costs more than fossil fuels, requires exorbitant amounts of natural resources to produce, or damages the environment it will not have a comparative advantage.

Preparation: At least one month prior to the activity, prepare a bulked algae culture using the Teacher Preparation Instructions. At the start of this activity, you should have one beaker (or similarly sized container) per lab group in which approximately 5 mL of algae has settled to the bottom, leaving water at the top as a supernatant. If time does not permit to make your own algae, skip to Activity 2 and purchase ready-made algae beads.

After conducting these activities, summarize and review the following key concepts:

CCSS.MATH.PRACTICE.MP5 Use appropriate tools strategically. Students consider the available tools when solving a mathematical problem. These tools might include pencil and paper, concrete models, a ruler, a protractor, a calculator, a spreadsheet, a computer algebra system, a statistical package, or dynamic geometry software. Students at various grade levels are able to identify relevant external mathematical resources, such as digital content located on a website, and use them to pose or solve problems. They are able to use technological tools to explore and deepen their understandings of concepts.

CCSS.MATH.PRACTICE.MP6 Attend to precision. Students try to communicate precisely to others. They try to use clear definitions in discussion with others and in their own reasoning. They state the meaning of the symbols they choose, including using the equal sign consistently and appropriately. They are careful about specifying units of measure, and labeling axes to clarify the correspondence with quantities in a problem. They calculate accurately and efficiently, express numerical answers with a degree of precision appropriate for the problem context.