In Search of Essential Nutrients

macronutrient: a nutrient that must be present in a relatively large amount to ensure the health of the organism; building blocks used to make essential biomolecules

Plants and Their Essential Elements: All organisms must take in matter from their environment in order to survive. There are 92 naturally occurring elements on Earth. Living things need only a minority of them. For example, humans require about 21 different elements to be healthy. Almost all of the mass of our bodies comes from just six of those elements (carbon, hydrogen, oxygen, nitrogen, phosphorus , and calcium). These are the elements used to construct the carbohydrates, nucleic acids, proteins, and other molecules that make up our cells and carry out their chemistry. Other elements critical to our health are needed in very small amounts. Often, such elements are cofactors required by enzymes to catalyze specific chemical reactions. Regardless of whether elements are needed in large or small amounts, they must be obtained from the environment. Furthermore, it not enough that essential elements are present in the environment; they must be available in a chemical form that our bodies can use.

Not surprisingly, the situation in plants is similar. They, too, must carry out thousands of different chemical reactions, many of which are similar to those of humans. Scientists have identified 17 elements that are essential for plants (see Table 9 below). An element is described as being essential to the plant if the following conditions are met: 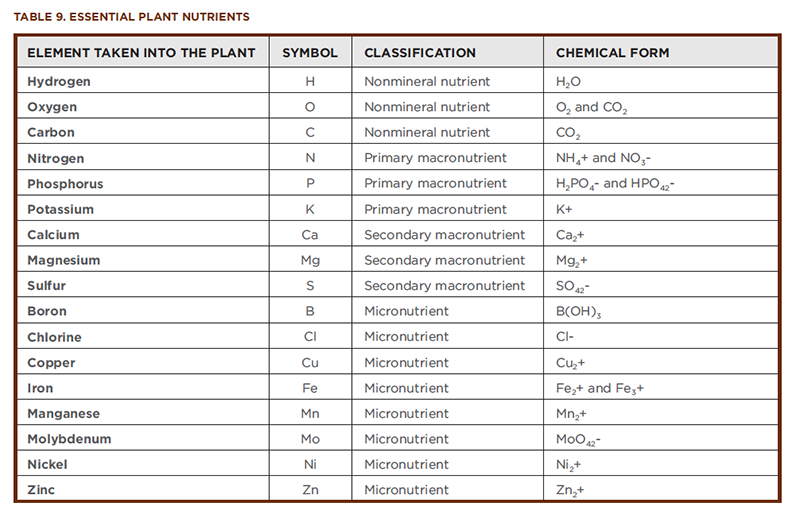 The Nitrogen Cycle: Although the atmosphere is about 78 percent nitrogen, plants cannot make use of nitrogen gas (N2). Instead, plants need to obtain their nitrogen by taking up the cation ammonium (NH4+) or the anion nitrate (NO3–) in the soil. These ionic forms of nitrogen are generated by the breakdown of organic material in the soil or through a process called nitrogen fixation that is carried out by soil microbes. Some crop plants (legumes such as peas, beans, peanuts, and soybeans) live in close association with nitrogen-fixing bacteria that live in their roots and convert N2 gas to a form that plants can use. Such crops have a steady source of nitrogen and do not require nitrogen-containing fertilizers. 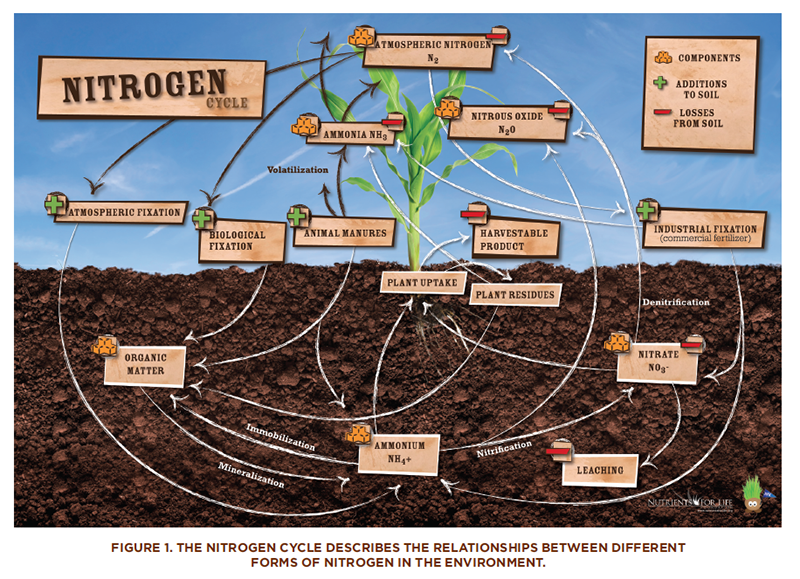 In this activity, students use the periodic table to express their prior knowledge about what plants need to survive. Their predictions are compared to a list of essential elements known to be important to plant health.

In this activity, students consider the source of essential elements for plants.

This activity requires a variety of different food labels and access to the Internet if carried out in the classroom. Alternatively, it can be assigned as homework.

After conducting these activities review and summarize the following key concepts:

This lesson is the first in a series of five related lessons. Refer to the following lessons for further depth: