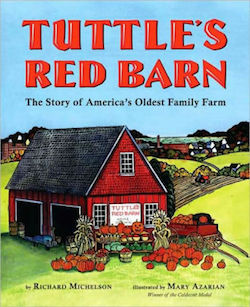 In 1632, John Tuttle set sail from England to Dover, New Hampshire. There he set up a farm on seven acres of land. From those humble beginnings the Tuttle family story became America's story. As the Tuttle's passed down the farm, along the way they witnessed the settlement and expansion of New England; they fought in the American Revolution; they helped runaway slaves along the Underground Railroad and sold maple syrup to Abraham Lincoln; they bought the first Model T in Dover; and they transformed the old barn into the thriving country store it is today.