Students will view the documentary Food Evolution to evaluate the polarized debate surrounding bioengineering (GMOs). In this film director, Scott Hamilton Kennedy travels from Hawaiian papaya groves to Ugandan banana farms, to cornfields in Iowa to document how agricultural technology can be used in such varied crop settings. This lesson covers a socioscientific issue and aims to provide students with tools to evaluate science within the context of social and economic points of view. Grades 9-12

food security: the state of having reliable access to a sufficient quantity of affordable, nutritious food

organic: term used to classify farming methods that limit the use of some common practices such as biotechnology and types of fertilizer or pesticide 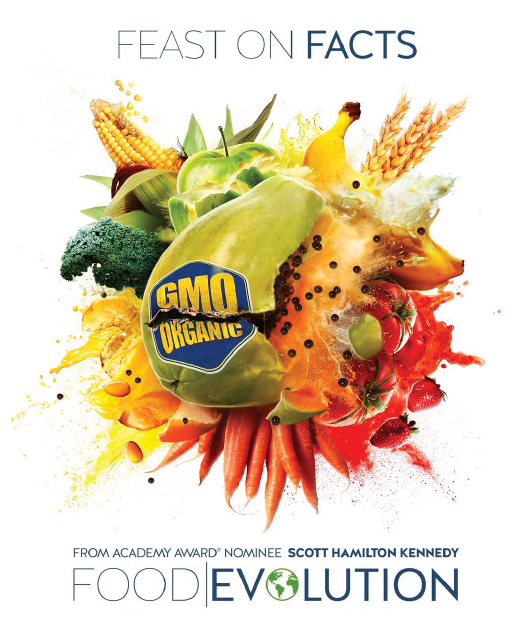 Food Evolution looks at one of the most critical questions facing the world today—that of food security—and demonstrates the desperate need for common sense, solid information, and calm logical deliberation. Using the often angry and emotional controversy over genetically modified foods as its entry point, the film shows how easily fear and misinformation can overwhelm objective, evidence-based analysis.

Food Evolution takes the position that science and scientists hold the key to solving the food crisis. But whose science? In the bioengineering debate, both sides claim science is on their side. Who’s right? How do we figure this out? What does this mean for the larger issues of food security, sustainability, and environmental well-being? Food Evolution seeks to answer these critically important questions.

Narrated by Dr. Neil deGrasse Tyson, Food Evolution presents an inside look at how misinformation travels with fear and the uphill battle to prove that what is accepted might not always be true.

Engaging Students in the Film

The history, implications, problems, and potential solutions surrounding food sustainability, agricultural technology, organic farming, corporate greed, climate change and the environment, the international economy, and global hunger are complex and nuanced and have been studied, written about, and explored by many academics, policy makers, and experts alike. This guide does NOT endeavor to do the same; rather, we hope to shed a new light on how these issues affect individuals and communities by learning about them through the lens of critical thinking and the everyday application of the scientific method. Because the stories and themes explored in the film cannot be fully understood without context, some abridged background information is included—but more comprehensive background information can be found by exploring the organizations and websites listed in the Additional Resources section of this guide.

By learning more about the issues raised in this film, and perhaps more importantly, the significance of critical thinking, analyzing information as we consume it, and the application of the scientific method in everyday life, we hope to foster productive dialogues around the country that can lead to real and sustainable change.

For more background information about GMOs and bioengineering, see the Food for Thought excerpt from the viewing guide.

Using film in a learning environment allows students to go on a journey and experience the world beyond their classroom. Below you will find strategies to engage students as they watch the documentary, Food Evolution. Choose the strategy that fits your learning objectives the best.

Strategy 1: Engagement Handouts
Select one or more of the following worksheets for students to fill out as they watch the film.

Strategy 2: Watching in Segments
Use the following segments and time stamps from the 52-minute educational version of Food Evolution to discuss bioengineering one topic at a time.

Strategy 3: Reflective Essay
Allow students to select from the following topics to write a reflective essay.

These classroom engagement strategies are excerpts from the Food Evolution Educational Resource Guide and are shared on the Curriculum Matrix with permission. These activities are aligned to the 52-minute educational version of the film. The full length film can be purchased or streamed.