Nutrients to Get Less Of (Grades 6-8)

This lesson introduces sodium and sugar as dietary nutrients we should consume less of. Students will identify the foods and beverages they should limit and recognize how to use the Nutrition Facts label to measure sodium and sugar intake. Grades 6-8

Note: All worksheets can be downloaded as a fillable PDF.

carbohydrate: an organic compound that is the main source of energy for the body; composed of carbon, oxygen, and hydrogen atoms

sugar: any of the class of soluble, crystalline, typically sweet-tasting carbohydrates found in living tissues and exemplified by glucose and sucrose

Carbohydrates include total sugars (naturally present and added), dietary fiber, and sugar alcohols. The Daily Value for total carbohydrates is 275 grams (based on a 2,000-calorie daily diet). Although most people consume enough carbohydrates, many people consume too much added sugars and refined starches and not enough fiber.

In terms of their chemical structure, sugars are the smallest and simplest type of carbohydrate. They are easily digested and absorbed by the body. There are two main types of sugars, and both types are found in many foods. Sugars that are composed of one molecule are called monosaccharides. They are small enough to be absorbed directly into the bloodstream. They include fructose, glucose, and galactose. Sugars that contain two molecules of sugar linked together are called disaccharides. They are broken down in your body into single sugars. They include:

Starches are made up of many glucose molecules linked together into long chains. Starches are found naturally in foods such as vegetables (e.g., potatoes, carrots), grains (e.g., brown rice, oats, wheat, barley, corn), and beans and peas (e.g., kidney beans, garbanzo beans, lentils, split peas). Refined starches (e.g., corn starch) can be added to foods during processing or cooking as thickeners and stabilizers during processing or cooking.

Fiber, or dietary fiber, is a type of carbohydrate made up of many sugar molecules linked together. But unlike other carbohydrates (such as starch), dietary fiber is bound together in such a way that it cannot be readily digested in the small intestine. Dietary fiber is found in bran, whole grain foods (such as whole grain breads, cereals, pasta, and brown rice), fruits, vegetables, beans and peas, and nuts and seeds. The Dietary Guidelines for Americans recommends that at least half of total grains consumed be whole grains and that people limit refned starches and refned grains.

Added sugars are often found in foods such as:

Sugars provide calories and supply energy for the body. Each gram of sugar provides 4 calories. Your body breaks down sugars into glucose. Glucose in the blood (often referred to as blood sugar) is the primary energy source for your cells, tissues, and organs. Your body can use this glucose immediately, or it can store small amounts in your liver and muscles to use when needed later.

Sugars (both naturally occurring and those added to foods and beverages) increase the risk of cavities (also known as “dental caries”). In addition, consuming high levels of added sugar from products such as packaged foods and beverages can contribute to excess calories with little nutritional benefit. The Dietary Guidelines for Americans recommends limiting calories from added sugars to less than 10% of total calories per day. 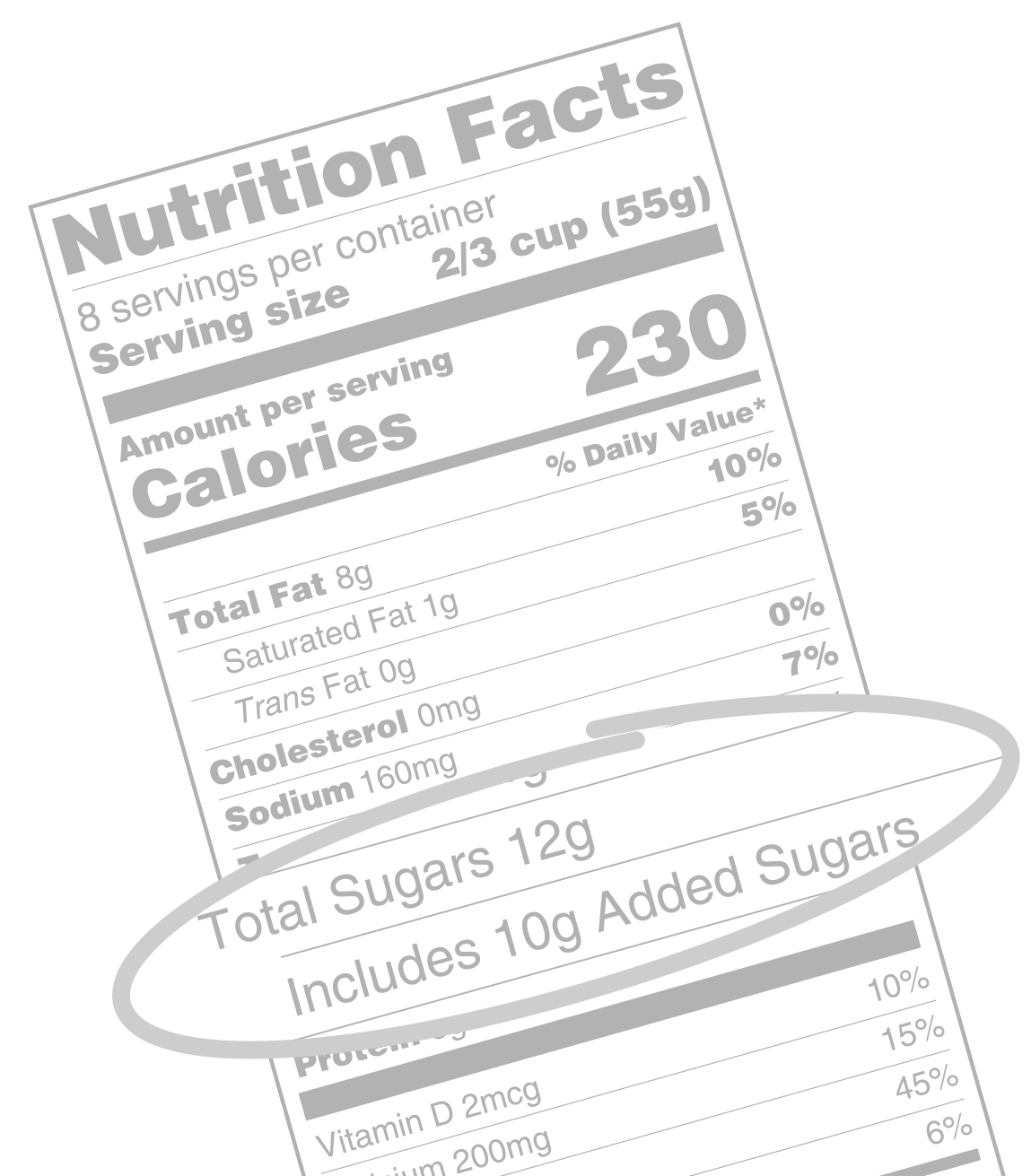 Sodium is an essential nutrient and is needed by the human body in relatively small amounts (provided that substantial sweating does not occur). Sodium maintains a balance of body fluids, keeps muscles and nerves running smoothly, and helps certain organs work properly.

As a food ingredient, sodium has multiple uses, such as for curing meat, baking, thickening, retaining moisture, enhancing flavor (including the flavor of other ingredients, like making sweets taste sweeter), and as a preservative.

The words “salt” and “sodium” are often used interchangeably, but they do not mean the same thing. Salt (also known by its chemical name sodium chloride) is a crystal-like compound that is abundant in nature and is used to flavor and preserve food. Sodium is a mineral and one of the chemical elements found in salt.

Most people in the U.S. eat too much salt. Salt contains sodium, and too much sodium can raise blood pressure – which can have serious health consequences if not treated.

The Nutrition Facts label on food and beverage packages is a useful tool for making healthy dietary choices and monitoring how much sodium is in a food. Many restaurant websites also have nutrient information for their menu items.

Most of the sodium consumed by Americans comes from the following foods:

NOTE: Keep in mind that nutrition sources may vary. Although scientists don’t always agree, they must have data to support what they report. The key point to remember is that sodium comes mostly from processed foods and restaurant foods, not from what is added at the table.

High levels of sodium may seem “hidden” in packaged food, particularly when a food doesn’t “taste” salty – but sodium is not hidden on the Nutrition Facts label! All you need to do is read the label. 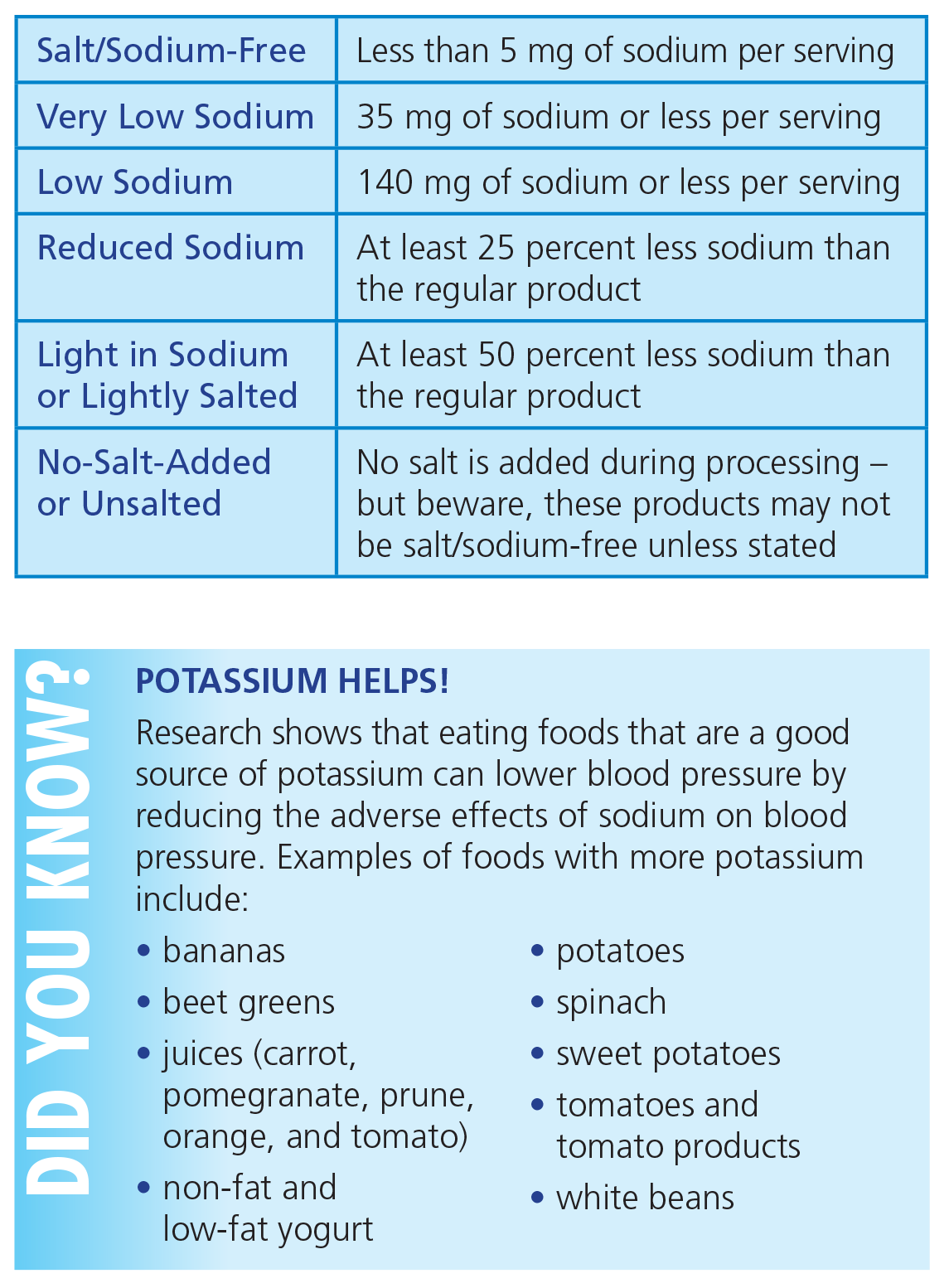 Use the Percent Daily Value (%DV) to compare sodium in different products. The %DV tells you whether a food contributes a little or a lot to your total daily diet. 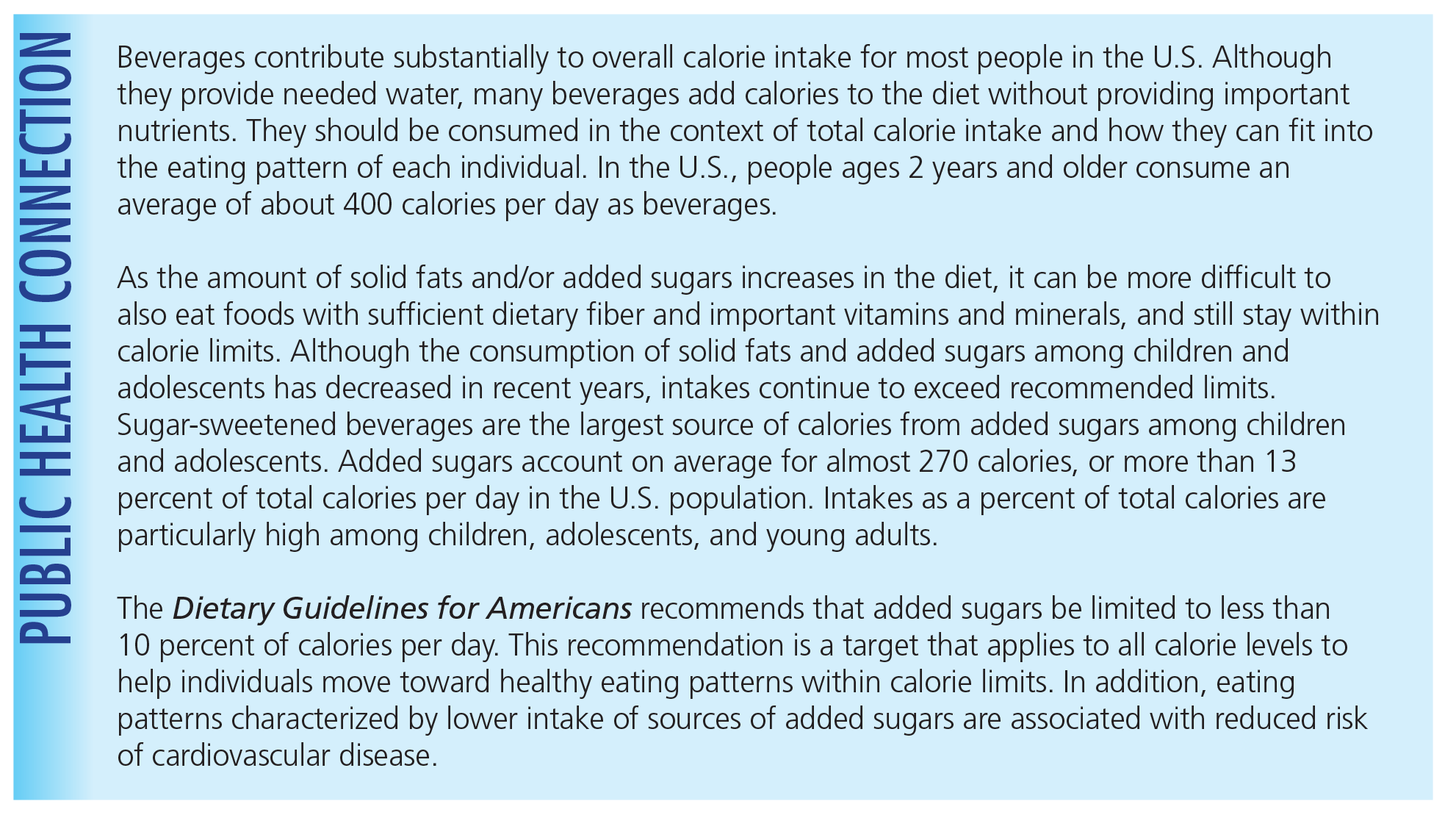 Sodium is an essential nutrient; Americans often get too much sodium by eating too much salt (sodium chloride). People should be mindful of their sodium intake to preserve a healthy heart and optimal health. We should read labels for the amount of sodium in the foods we eat and try to eat foods that are low in sodium.

The Science and Our Food Supply: Using the Nutrition Facts Label to Make Healthy Food Choices (2022 Edition) was brought to you by the Food and Drug Administration Center for Food Safety and Applied Nutrition.